Counting the Arrows in Your Ass

This is an experiment: my first attempt at a regular Loonshots Letter. I’ll try to keep these short, useful, and infrequent.

Before I get to Judah Folkman and reasons for optimism on Covid-19, a note about experts, based on my Loonshots experience:

Loonshots launched March 19, 2019. For two years, experts in publishing explained to me why a book that mixes physics, business, and history could never work. What happened? Thanks to many of you, in the first 10 months, over 100,000 copies sold. It was recommended by Bill Gates and named the #1 Most Recommended Book of the Year by Bloomberg.

In other words: the experts were wrong. (See this classic article from Nobel laureate Daniel Kahneman on how “inside view” handicaps experts and “outside view” can help.) 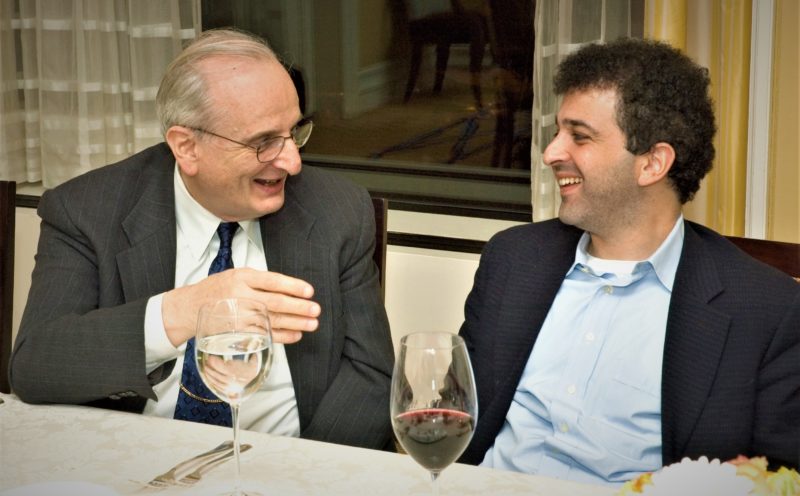 In 1971, Folkman, then a pediatric surgeon at Boston Children’s Hospital, suggested a new way to treat cancer: block the blood vessels feeding tumors. Tumors trick the body into growing new blood vessels for bringing in oxygen and taking out waste, just like we lay down pipes when we build a new home. Blocking those pipes might halt the growth of the tumors.

Folkman’s idea was criticized and rejected for nearly 32 years.

The only accepted approach to treating cancer at the time was chemotherapy: flood tumors with poison, the more the better. The idea of interrupting some mysterious communication channel between tumors and their surrounding tissue was ridiculed.

Plus: the experts all came from the cozy club of biologist insiders, PhDs. What could they possibly learn from an MD, a pediatric surgeon? (In fact, Folkman was inspired by what he saw during surgery: blood vessels surrounding every tumor. Biologists working in labs never saw that.)

At scientific meetings Folkman would get up to speak and the room would empty out. It was as if “everybody had to go to the bathroom at once,” he said.

One year the criticism was so intense that the hospital convened an external committee to review his science. The committee judged his work to be of little value. He was asked to resign as chief of surgery if he chose to continue the research.

In a speech years later, Folkman said, “If you think you have suffered ridicule, write to me and I will send you pink sheets from referees [reviewers of his rejected articles] and grant committees from the mid-seventies that include the word ‘clown.’”

In June 2003, results were presented from a massive trial in patients with advanced colon cancer. Patients who received the drug based on Folkman’s ideas lived longer than in any prior trial. The treatment of cancer was transformed. The crowd rose in a standing ovation.

A speaker said, “If only Dr. Folkman were alive to see this.” Sitting in a back row, Judah just smiled.

The drug was rapidly approved by the FDA; dozens of companies and hundreds of research labs jumped into the field; and today the idea of interrupting the dialog between the tumor and its host environment underlies targeted therapy, immunotherapy, and nearly every active cancer research program. 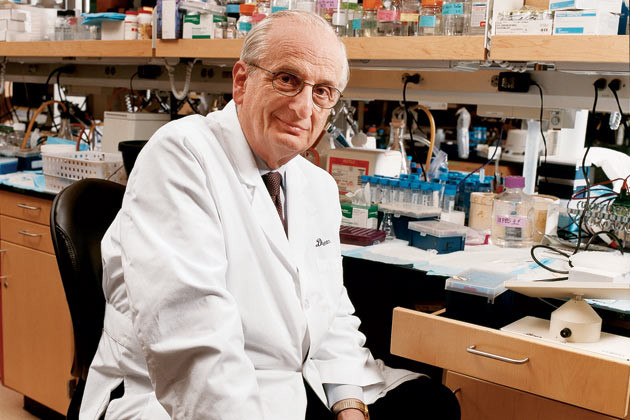 I ended up working with Judah for the last seven years of his life; he advised me and my biotech company on cancer drug development.

I often asked him how he persisted all those years, in the face of all that skepticism from experts.

His answer, which I often think back on, especially lately: “There are no experts of the future.”

And all the criticism and personal attacks?

Judah: “You can always tell a leader from the arrows in his ass.”

(More details on Judah’s story here; this summary was excerpted from Loonshots)

Reasons for optimism – the biotech perspective

Like all of you, I’m flooded with Covid-19 news. I know how bad this is and will still get. I’ve worked in drug discovery and development since 2001. But here’s what gives me hope: no one in our industry has ever seen anything like the scientific mobilization now taking place.

As of yesterday, there were 79 treatments and 49 vaccines in development for Covid-19 in over 200 clinical trials across the U.S., China, and Europe.

All that less 90 days from when the virus was first sequenced. That pace is astonishing: drug projects typically take two to five years to begin clinical trials.

All this from the same community of drug-hunters that won the battles against Hepatitis C, HIV, TB, and many more. But with tools so much better than even five years ago.

It’s why I’m optimistic that we will have drugs for treating Covid-19 faster than most people expect.

The first wave of drugs – drugs that are repurposed rather than designed from scratch – will have data within weeks:

These aren’t vaccines that prevent new infections; they treat existing infections. But at the right dose, schedule, and combination, with some luck, they can massively reduce fatality rates and hospital stays.

Which would change the course of Covid-19 entirely.

Vaccines will take longer because they are new drugs rather than repurposed. Although the timeline typically quoted is 12-18 months, at least one vaccine may be ready as early as the fall for limited roll-out to healthcare workers.

These are all loonshots: wild ideas, easily dismissed. But nurturing those ideas is how we as a nation have triumphed in the past.