The History of Pfizer and Penicillin, and Lessons for Coronavirus

A ‘scientist general’ to coordinate private and public efforts can lead the medical response.

Often lost in election-cycle diatribes against Big Pharma—which come from all sides—is the power of industry to come together in times of crisis and save lives.

Stories of battlefield heroism during World War II are well known. Lesser known, but relevant for today’s fight against the novel coronavirus, is the story of Pfizer’s Jasper Kane and John McKeen. Kane and McKeen pioneered the mass production of penicillin. Their breakthrough, together with others made by scientists and engineers at the nation’s industrial labs, helped reduce the death rate from diseases in the U.S. military to 0.6 per 1,000 in World War II from 14.1 per 1,000 in World War I. That 96% reduction translated into 200,000 lives spared. 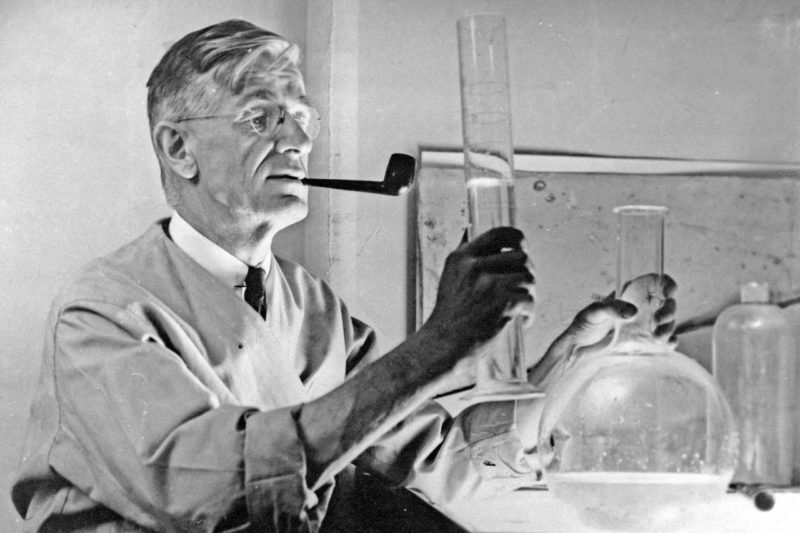 There are lessons for today. First, calls by political candidates to make future Covid-19 vaccines free run contrary to the national interest. Low prices for vaccines and anti-infectives have clipped revenue for startups and led many to file for bankruptcy. Investment has plummeted, leaving the U.S. unprepared to fight off bad bugs.

In times of crisis, however, American industry has shown a willingness to invest, as biopharmaceutical companies around the country are doing today. In the 1930s, Pfizer was a small Brooklyn-based chemical company known mostly for making vitamins and the citric acid used in Coca-Cola. In October 1941, President Franklin D. Roosevelt convened academic and industry leaders, including Jasper Kane, in Washington. Their charge: Solve the penicillin production problem.

Alexander Fleming’s discovery in 1928 that a penicillin mold killed bacteria lay dormant for a decade because he couldn’t isolate the active ingredient and make enough of it for testing. In 1939 a group led by Howard Florey at Oxford University revived Fleming’s work with some spectacular evidence: The first person to receive penicillin, an Oxford policeman with a serious infection, recovered in 24 hours. But Florey’s supply ran out, and the policeman died a few weeks later.

The U.S. supply was similarly limited. In March 1942, half the nation’s stock was used to treat a single patient suffering from blood poisoning. Kane and McKeen came up with the idea of using deep-tank fermentation to make bulk penicillin, a process they had used for citric acid.

Working out of an old ice factory near Pfizer’s offices in the Williamsburg neighborhood, they built a commercial-grade manufacturing plant in four months. A year later, every Allied soldier who landed on the beaches of Normandy on D-Day carried the antibiotic in a penicillin-injection kit. Nearly all of it came from Pfizer.

The lesson for industry is that civic duty comes first, rewards come second. Based on its success with penicillin, Pfizer transformed from manufacturing vitamins to developing new therapeutic drugs. That path led to its global expansion and forms the core of its $50 billion business today.

Modern scientists have tools that were inconceivable years ago. The novel coronavirus’s DNA was sequenced within weeks. Companies are moving at blazing speed to develop new vaccines. Philanthropists are funding therapeutic accelerators. This is all reason for optimism. Public-private partnerships have the potential to save lives and reduce damage to the economy.

What’s missing? A strong scientific leader in Washington who can clear the hurdles scientists and companies will face in developing a Covid-19 treatment or vaccine. That effort must be spearheaded by a person—a “scientist general”—who is respected by both academia and industry and experienced in working with, rather than against, Washington.

There’s a precedent. In June 1940, the former dean of engineering at the Massachusetts Institute of Technology talked his way into a meeting with President Roosevelt. It took FDR only 10 minutes to decide to give Vannevar Bush the authority to unite scientists from industry, academia and federal agencies in a singular push to prepare the nation for war. The results: microwave radar, jet-powered aircraft, long-range radio navigation (forerunner of the Global Positioning System), blood-plasma transfusion, the antimalarial drug chloroquine and penicillin. Bush brought together Pfizer, Howard Florey and ultimately more than 300 labs and 6,000 scientists to win a race against time with millions of lives at stake.

A handful of scientific leaders today seem to have been born to play a similar role. Biologist Eric Lander is a mathematician and geneticist who is president of the Broad Institute of MIT and former co-chairman of the President’s Council of Science Advisers under President Obama.Sue Hellman is a former head of research at Genentech and president of the Gates Foundation. Either would do justice to Vannevar Bush’s legacy.

Whomever the president appoints, the need for a strong scientist general is urgent. The clock is ticking, and millions of lives are again at stake.

Mr. Bahcall is a physicist, a former biotech CEO and author of “Loonshots: How to Nurture the Crazy Ideas That Win Wars, Cure Diseases, and Transform Industries.”