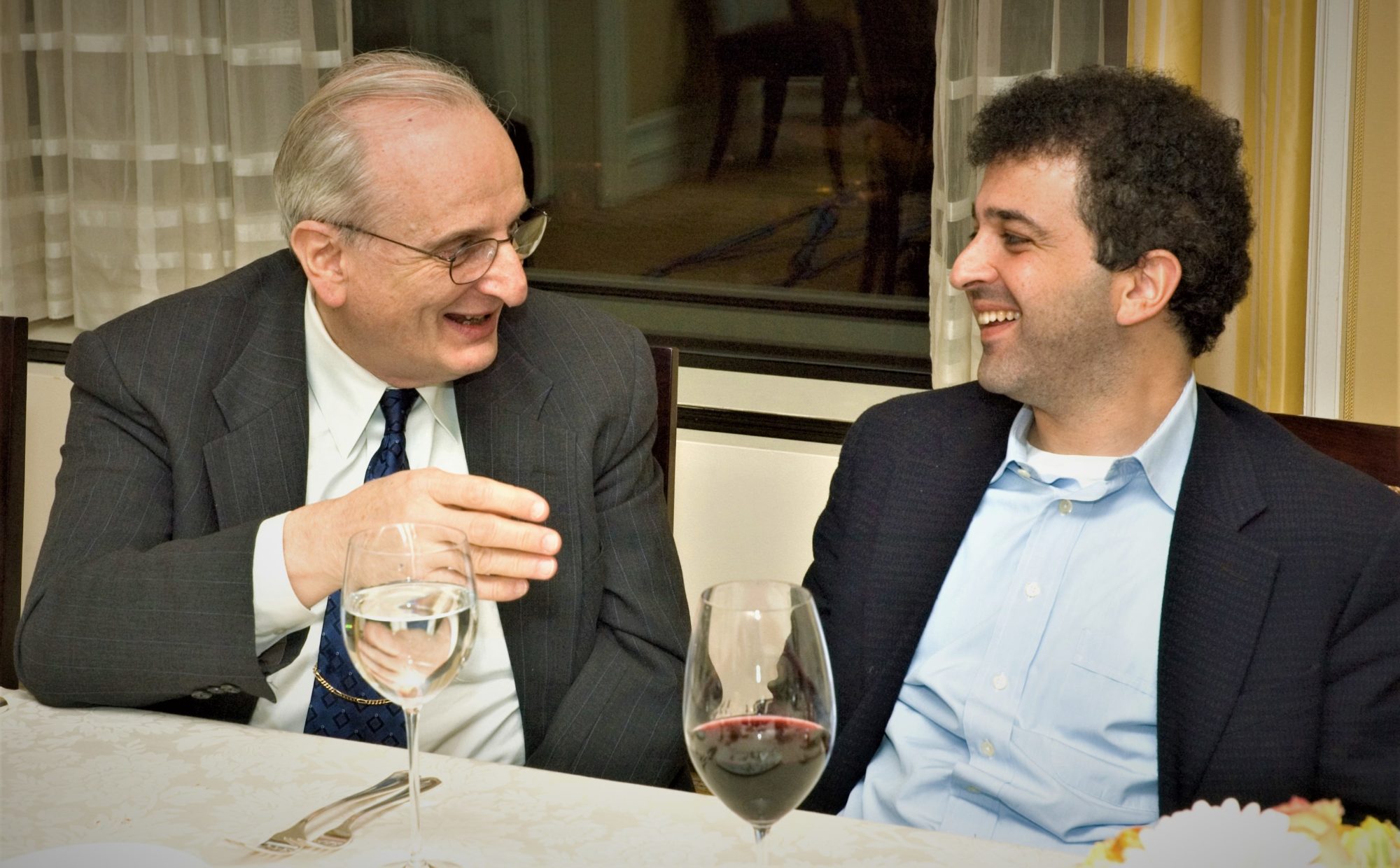 Counting the arrows in your ass

Sometime in 2001 or 2002 I asked a friend, a biologist at Harvard, about the man behind a radical idea for treating cancer. My company and I were considering working with him. My friend, well-known in the research world for his good nature and generosity, looked embarrassed and mumbled that we might want to stay away because “people can’t reproduce his data,” and then quickly changed the subject. That was the word at the time on Judah Folkman.

In 1971, Folkman had proposed that cancer cells interact with their hosts, sending out signals that trick surrounding tissues into preparing the local environment for a tumor to grow. Tumors, for example, need blood vessels to bring in oxygen and other nutrients, just like a home needs pipes to bring in water and gas. Folkman suggested that cancer cells signal surrounding tissues to produce those blood vessels. His idea was to design a new kind of drug, one that blocks those signals and destroys those pipes. In other words, a drug that starves a tumor.

At the time, the only approach to treating cancer was chemotherapy: flood tumors with poison, the more the better, as long as you don’t kill the patient at the same time. The idea of interrupting some mysterious communication channel between tumors and their surrounding tissue was ridiculed. It didn’t help that Folkman was a pediatric surgeon and came from outside the club of research PhDs.

At scientific meetings he would get up to speak, Folkman said, and the room would empty out: “Everybody had to go to the bathroom at once.”

One year, the criticism was so intense that Boston Children’s Hospital, where he worked, convened an external committee to review his science. The committee judged his work to be of little to no value. He was asked to resign as chief of surgery if he chose to continue that research. In a speech years later, Folkman said, “If you think you have suffered ridicule, write to me and I will send you pink sheets from referees [reviewers of his rejected articles] and grant committees from the mid-seventies that include the word ‘clown.’”

For three decades, there was a roughly seven-year cycle between deaths and spectacular rebirths of Folkman’s idea. In 1998, for example, a promising drug from Folkman’s lab was shown to eradicate tumors in mice. A page-one New York Times story quoted the Nobel laureate James Watson saying, “Judah will cure cancer in two years” (Watson later challenged the quote). Media coverage exploded. Reporters compared Folkman to Alexander Fleming and Louis Pasteur; a Pulitzer Prize–winning columnist who had been diagnosed with colon cancer wrote a column announcing, “Maybe we don’t have to die”; and patients besieged Folkman’s hospital for access to the drug, which was not yet in clinical trials. As with most new ideas in drug discovery, the first drug didn’t pan out. Interest plummeted.

After a few such cycles, most of the scientific community wrote off both Folkman and his ideas. He would hear people laughing in the corner during his presentations. Colleagues would say, “Oh, I see Folkman has cured cancer again.” Occasionally, scientists would stand up at the end of his talks and announce that his idea could never work. Folkman’s response: “I have a little book that I carry . . . Will you sign for me? Because you’re so sure, I can just publish your remarks directly and save a lot of government and taxpayers’ money, and we won’t do the experiments . . . We’ll just say it won’t work.” But still he would go home depressed.

At one point, Folkman discussed with his wife, Paula, whether he should quit research, close the lab, and return full time to surgery. With Paula’s encouragement, which he later called “Spouse Activation Factor” (SAF), Folkman did the opposite. He quit clinical work and began full-time research. He recruited a handful of star students, overcoming warnings they had heard to stay away from Folkman and his work “by reminding them that they were so good that even if things didn’t work out and they left after a year, their careers wouldn’t be harmed.” Folkman joined them in the lab, working nights and weekends.

On June 1, 2003, in front of a packed auditorium in Chicago’s McCormick Place convention center, 32 years after Folkman first proposed a new type of cancer therapy, well after Folkman’s arguments and pleas had faded from many memories, Dr. Herbert Hurwitz, an oncologist from Duke University, unveiled new results from a drug called Avastin, designed based on Folkman’s ideas. In a clinical trial that enrolled 813 patients, Avastin demonstrated the best results ever seen for prolonging survival in patients with colon cancer. When Hurwitz showed the survival data, the room burst into applause. It was instantly clear that the drug and Folkman’s ideas would transform the treatment of cancer.

One audience member said, “I only wish Dr. Folkman were alive to see this.” Sitting nearby, Folkman just smiled.

The drug was rapidly approved by the FDA; dozens of companies and hundreds of research labs jumped into the field; and today the idea of interrupting the dialog between the tumor and its host environment underlies targeted therapy, immunotherapy, and nearly every active cancer research program. The company that developed Avastin was called Genentech. Between the day the company first announced the data and the day the FDA approved the drug, its market value increased by $38 billion, a rough measure of the value of the drug [1]. (Folkman owned no stock in the company; he routinely donated any financial stakes and prize money he received to his hospital.)

Later, Folkman would say, “You can tell a leader by counting the number of arrows in his ass.”

I ended up overlooking my friend’s mumbled suggestion and worked happily with Judah for the last seven or so years of his life. I miss him.

[1] The change in market value of Genentech between the first announcement of positive results in colon cancer on May 19, 2003, and the FDA approval on February 26, 2004 was $38 billion. The one-day change from the announcement on May 19 was $9 billion.

In 2006, a large clinical trial of a derivative of Avastin called Lucentis showed that it can reverse a form of blindness. (Avastin injections have been shown to provide similar benefits.) The accompanying editorial in the New England Journal of Medicine described the results as “miraculous,” a term the NEJM has applied to trial outcomes on only one other occasion over the past twenty years (gastric bypass surgery). See Stone; Rosenfed.