From vacuum robots to balls through windows to mRNA: the story of the first covid vaccine

In 1995, Dr. Katalin Karikó, a Hungarian born biochemist, suggested a crazy idea: use the body’s own cells to manufacture drugs. Her grants were rejected. She was demoted from her tenure-track job at U Penn. But she never gave up – for two decades, she fought for the science and the project.

Recently, two vaccines born from her research, one from Pfizer-BioNTech, the other from Moderna, showed over 90% effectiveness in preventing covid infections.

From loonshot to validation, that’s a 25-year journey of genius and persistence. 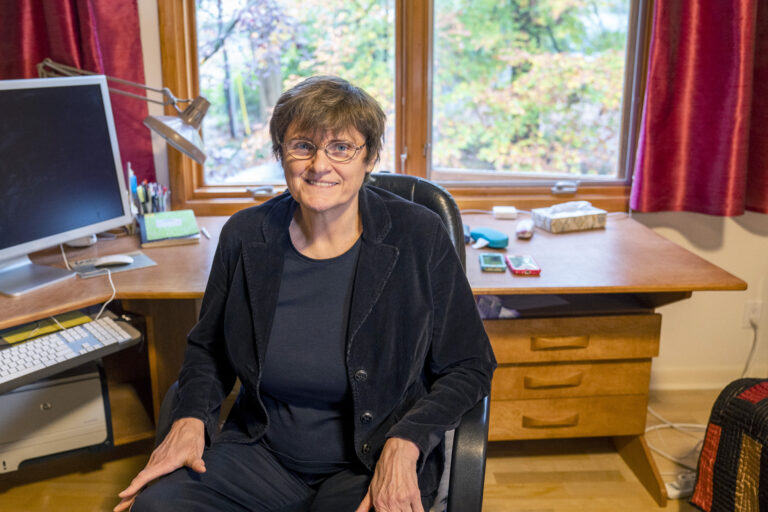 Missing from most of the media coverage about the vaccines, however, is the broader context – what this journey means for medicine.

A few weeks ago, my wife and I bought a vacuum cleaner robot. It looks like a giant black frisbee that hums to itself as it glides around our floors. On NPR recently I used those vacuum robots, tennis balls, and 3D printers to explain how mRNA vaccines fit into the history of medicine.

You can think of the human body as full of robots roaming around your cells. Each robot (a protein) generally has one task. The job of the insulin robot, for example, is to move sugar around.

In the first wave of human medicine, which began thousands of years ago and was recorded in the earliest known Sumerian tablets and Chinese medical texts, we used plants and herbs and fungi to treat disease. 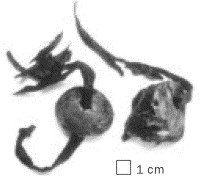 If you had a wound you might grind up bark from the willow tree and rub it on the wound. If you felt bad, you might lick some of the residue from the opium poppy – and you’d start to feel good. Really good. The Ice Man, who lived 5,300 years ago and was discovered in 1991 frozen in a glacier, carried with him one two mushroom heads, each the size of a walnut and pierced with a leather strip. They were natural antibiotics.

No one at the time, however, understood the connection between how these herbs and plants healed us and the robots roaming around inside our bodies.

A second wave of human medicine began in the 19th century with that connection, and the rise of chemistry. Chemists learned how to extract the active ingredient in the herbs and plants and synthesize them in a lab. We could then put those ingredients into vials and pills.

The most famous, and now the most widely used drug in the world, is an extract from the bark of the willow tree: aspirin. The opium poppy gave us morphine (and in a more intense variety: codeine and heroin). Extracts from molds and fungi gave us penicillin and other antibiotics.

Whether these treatments were ground up herbs or made in a lab they shared one thing in common – they’re all “small molecule” drugs. Aspirin, has just 21 atoms. Morphine has 40. Akira Endo’s statin, which I wrote about in Loonshots, was extracted from a mold discovered growing on rice in a grain store in Tokyo. The statin class of drugs (Lipitor, Crestor, etc.) has prevented millions of heart attacks. Endo’s statin, the original, has just 62 atoms. They’re all tiny compared to the protein robots inside your body, which can be as large as tens of thousands of atoms.

Those natural product drugs all work, more or less, the same way. Think of taking a pill as throwing a tiny ball through the window of your house and hoping it will find the out-of-control robot causing disease, sink into a crevice in that robot, and jam it.

If that sounds very difficult – it is. That’s why drug discovery is so hard and takes so long. But nearly all drugs developed from the 19th through the late 20th century are of this type. Aspirin blocks proteins involved in inflammation. Morphine blocks proteins that signal pain. Statins block a protein that regulates cholesterol levels. Chemotherapies block proteins (or other very large molecules) necessary for cell division.

A third wave of medicine began with a crazy idea. Instead of hurling tiny balls through a window to try to block out-of-control robots, could bring an entirely new robot through the front door?

On December 2, 1921, Leonard, 14 years old, was admitted to a Toronto hospital weighing 65 pounds, lethargic, his hair falling out, with acetone in his urine and dangerously elevated blood sugar.

A 29-year-old surgeon, with no prior research experience, identified a substance in the pancreas that he guessed might help Leonard with his condition, now known as Type I diabetes.

He gave it to Leonard. Within 24 hours, Leonard’s blood sugar fell almost 80 percent, and the acetone and sugar in his urine fell by almost 90 percent. He “became brighter, more active, looked better, and said he felt stronger,” wrote the surgeon, Fred Banting, in a rapidly published medical report. Banting called the new drug insulin.

It saved Leonard’s life. And grew into one of the most remarkable stories in medicine. Word of the new treatment spread. The leading American diabetes researcher, Dr. Frederick Allen, flew to Toronto to secure a vial. One of his nurses wrote of the evening when he returned to the clinic with that vial:

The mere illusion of new hope cajoled patient after patient into new life. Diabetics who had not been out of bed for weeks began to trail weakly about, clinging to walls and furniture. Big stomachs, skin-and-bone necks, skull-like faces, feeble movements, all ages, both sexes. It was a resurrection, a crawling stirring, as of some vague springtime . . .

I could see them drifting in, silent as the bloated ghosts they looked like. Even to look at one another would have painfully betrayed some of the intolerable hope that had brought them. So they just sat and waited, eyes on the ground.

When he appeared through the open doorway, he caught the full beseeching of a hundred pairs of eyes. It stopped him dead. Even now I am sure it was minutes before he spoke to them, his voice curiously mingling concern for his patients with an excitement that he tried his best not to betray.

Insulin changed medicine. Proteins were no longer just the targets of drugs; they could be drugs. (For more, see Loonshots or The Discovery of Insulin by Michael Bliss.)

But there was a problem. Harvesting animal pancreases for every diabetic is no more practical than chopping down willow trees to make aspirin for every patient with fever. It took 50 years to find a solution.

The rise of genetic engineering in the 1980s — growing proteins in a lab — transformed protein-based drugs just like chemistry transformed plant-based drugs: it made them widely accessible. Biotechnology gave us many of the past two decades’ greatest therapeutic success stories including new drugs for cancer, immune diseases, genetic disorders, and many more.

A fourth wave and the future

Where do those robots in our bodies come from? They don’t appear just when we’re born. They’re manufactured inside our cells. Think of each one of our cells as having a 3D printer inside (called the ribosome) which churns them out. That 3D printer gets fed an instruction sheet. Each sheet is the genetic code for assembling one specific robot.

mRNA vaccines aren’t drugs in the traditional sense. They’re not tiny molecules that jam in the crevice of existing robots, like aspirin or morphine. They’re not a fully functioning robot that you bring in through the front door, like insulin. The mRNA vaccines are the instruction sheet you feed the 3D printer. So your body’s cells can manufacture their own vaccines.

That’s what Dr. Karikó’s technology, developed with Dr. Drew Weissman at U Penn, showed how to do: how to create a new kind of medicine in which we show the body how to heal itself. Both BioNTech and Moderna used her discovery to create what are now our first two vaccines for covid.

Beyond just making it faster and easier to respond to pandemics, the technology opens up an entirely new approach to treating disease. It’s similar in spirit to gene therapy, where a broken gene is replaced with a fixed version. Last year, the FDA approved the first gene therapy, for children under the age of 2, that is a lifetime cure for a rare genetic disorder: spinal muscular atrophy. One injection and cured.

Several biotechnology companies are actively looking to use CRISPR technology to similarly modify genetic code to treat disease. Each of these approaches falls under the broader umbrella of reprogramming our internal machinery so that the body can fix itself.

But the ability to modify our body’s genetic code, so that it can heal itself, is a loonshot that has now come true.

One request: If you enjoy this email, please consider sharing it. Prior letters here. You can sign up here.