“The English are fools and madmen … they give their children the small-pox to prevent their catching it” -Voltaire, ca. 1770

In March 1717, Sir Edward Wortley Montagu (descendant of the Montagues featured in Romeo + Juliet), newly appointed as the British ambassador to the Ottoman Empire, arrived in Constantinople. He brought with him his 28-year-old wife, Lady Mary Montagu.

Lady Mary – who would later become known for her writing and wit – was immediately taken with the Circassian beauties who surrounded the Sultan. As a smallpox survivor, one ritual the women performed caught her attention: injecting pus from the wounds of smallpox patients into scratches on their arm.

Today we take the eradication of smallpox for granted. But over thousands of years, the smallpox virus had a greater impact on the history of our species than any other disease. It contributed to the fall of three empires (Roman, Aztecs, Incas) as well as the decimation of the Native American population. The fatality rate ranged from 20% to 60%. Survivors were frequently left blinded or with disfiguring scars. The disease was universal and class agnostic—it killed the Roman emperor Marcus Aurelius (180 AD),the caliph Abbul al- Abbas al-Saffah (754 AD), the Aztec emperor Ciutlahuac (1520), Emperor Gokomyo of Japan (1654), Emperor Fu-lin of China (1661), Queen Mary II of England (1694),  Tsar Peter II of Russia in 1730, and King Louis XV of France in 1774. 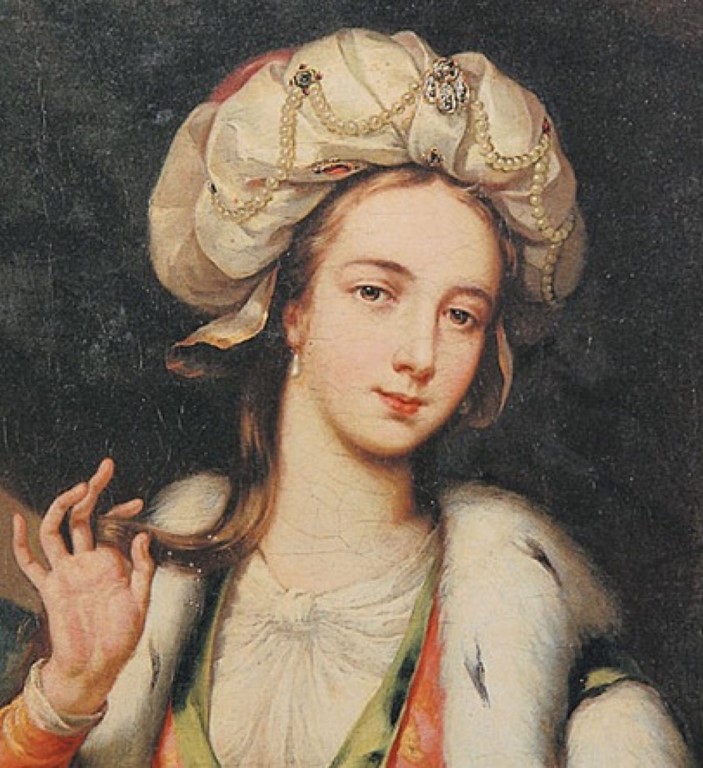 The variolation Lady Mary witnessed – injecting material from patients who had experienced a mild course of disease – had been used in China and India for centuries. She was so impressed with the idea that she had her 5-year-old son inoculated and spread news of the practice widely in British society. When she returned to England, she had her 2-year-old daughter inoculated in the presence of the King’s physician.

Anglophilic Canadians have Lady Mary to thank: smallpox contributed to Canada remaining part of the British empire. In late 1775, George Washington ordered an attack on the British in Quebec. A smallpox outbreak decimated the Continental Army and he was forced to retreat (“The smallpox is ten times more terrible than the British, Canadians and Indians together,” wrote John Adams). The British army had been inoculated; the Americans had not.   (One year later, Washington had the entire Continental Army inoculated.)

Meanwhile, in rural England, farmers and physicians began noticing something odd. Milkmaids who developed cowpox, a mild form of disease derived from infected cows, had no reactions to the inoculation with smallpox. Mild cowpox protected them from deadly smallpox.

In 1774, in a small town in southern England, a farmer named Benjamin Jesty vaccinated his children with material from the sick cows (despite popular histories, it was Jesty who delivered the first known vaccination). None of Jesty’s children developed smallpox during later epidemics. But the practice didn’t catch on. The idea seemed too … crazy. Jesty was ridiculed and scorned.

Benjamin Jesty and his farmhouse

Still the immunity of milkmaids became a commonly repeated story. In a small town outside of Bristol, a 13-year-old boy overheard a milkmaid say, “I shall never have smallpox for I have had cowpox. I shall never have an ugly pockmarked face.” The boy, named Edwin Jenner, made a mental note.

Jenner apprenticed with a number of prominent surgeons and developed into a leading researcher. His work on the natural history of the cuckoo bird (a distant cousin of the loon) was widely regarded, and Jenner was elected to the Royal Society, Britain’s most prestigious science organization.  Although today he is mostly remembered for developing vaccination, it was Jenner, working with the surgeon William Heberden, who was the first to describe a “disease which has hitherto hardly had a place or a name in medical books.” They called it angina pectoris.  (As I wrote in Loonshots, apropos of the discovery of the statins, heart attacks had been documented for thousands of years; Jenner + Heberden discovered the underlying cause – hardening of arteries.)

Not long after his work on the cuckoo and on heart disease, Jenner turned his attention to the milkmaids. He conducted a careful experiment. He showed that 13 people who had previously had cowpox subsequently had no reaction to inoculation with smallpox, and wrote up his findings for the Royal Society. The Royal Society promptly rejected it. They warned him that the idea was “in variance with established knowledge” and “incredible.” If he published it, they told him, his reputation would suffer. 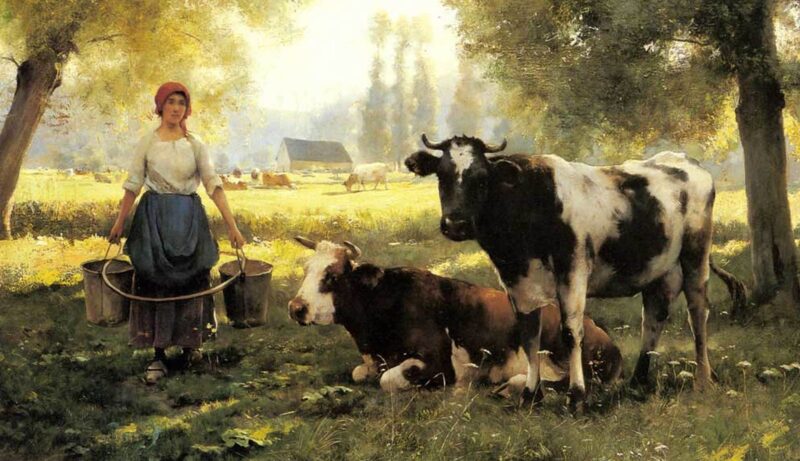 In other words – it was a loonshot. Jenner ignored them. In 1798, he self-published his findings. Initially, Jenner was widely criticized and ridiculed, as the Royal Society had warned. But the results soon became irrefutable. The practice spread from England to the Continent and eventually to the United States, where President Thomas Jefferson personally vaccinated himself, his family, and nearly two hundred others, including Native American tribal leaders and their followers, describing to them the “unexpected gift from the Great Spirit.” Wherever the vaccine was used, the disease disappeared.

In total, over the course of history, half a billion lives were lost to smallpox. As a result of widespread use of the vaccine, the last naturally occurring case was in 1977, in Somalia. On May 8, 1980, after extensive verification by researchers, the World Health Assembly declared smallpox had been officially eradicated. Such is the power of vaccines.

Which brings us to this month’s news.

It took our species thousands of years to create the first successful vaccine, Jenner’s.

It took us another century to develop the first vaccine technology: using chemicals to weaken an existing virus. That approach, which  was first used to produce a rabies vaccine in 1885, is still the most common form of vaccine used today.

It took us one more century to develop genetic engineering, the science of growing proteins in a lab. Which created a new kind of vaccine: protein fragments from a virus. But they are enough to teach our immunize system to recognize and defend against a new virus.

And most recently, a seed investment from the federal skunk-works agency, DARPA (another topic in Loonshots) helped launch a new technology, one that might be even faster and safer: rather than fragments of a virus, why not inject the code – the DNA or RNA instructions – for making those fragments? Skip the external manufacturing; harness the power of cells to assemble proteins. That’s what Moderna, Inovio, BioNtech (Pfizer), Curevac, and a handful of other biotechs are doing. 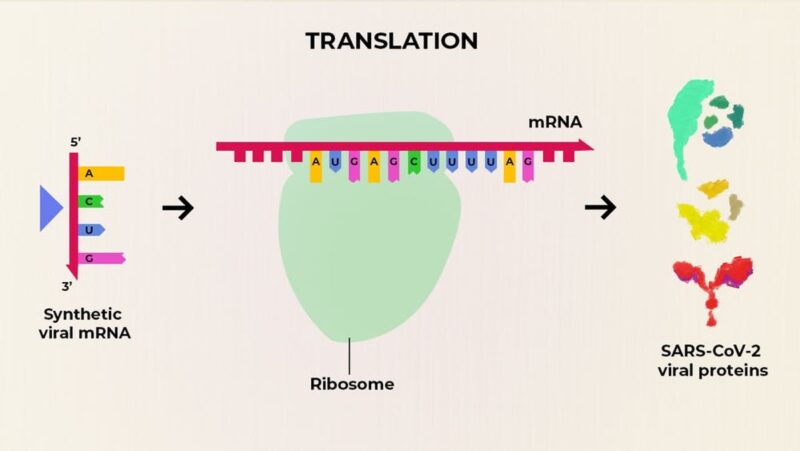 Within hours of reading the published genome sequence (January 10), Moderna and Inovio and others began developing nucleic acid fragments (DNA or RNA) for a new vaccine. Within weeks they had completed preclinical studies.

If their approach works – a true loonshot, like variolation and vaccination two centuries ago – it can change how our species protects itself against any future infection.

As of this week, there are over 200 vaccines in development for SARS-CoV-2, two dozen in clinical trials, 8 in final or near-final stages (Phase 2 or 3). The majority use traditional approaches: weakened forms of the virus, or protein fragments. But over forty projects use the new nucleic acid approach.

One important thing to keep in mind: *all* of this progress has occurred less than six months from first sequencing the Covid genome. That pace is unprecedented.

Drug discovery is a shots on goal game, not a magic bullet game. The number of candidates, diversity of mechanisms, and strength of early data are all reasons for optimism.

There is light at the end of this tunnel.

Edwin Jenner would be proud.