A brief note on the president’s science advisor 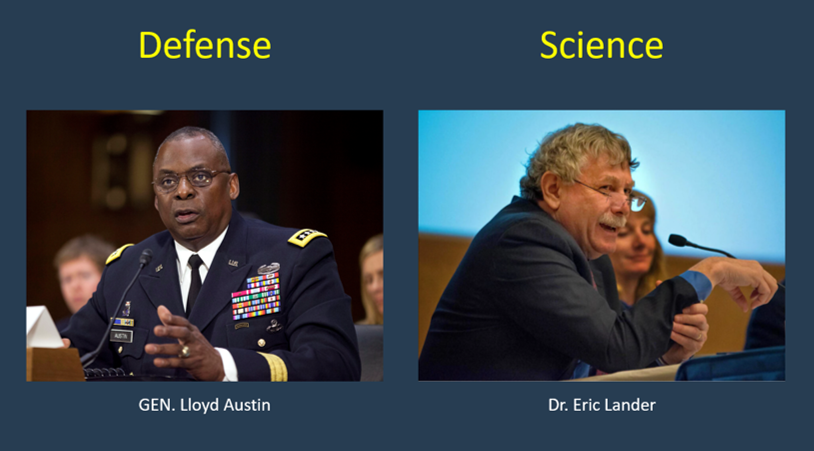 On March 20 last year, the WSJ published my op-ed saying the nation needed a “scientist general” to unite industry, academia, and federal agencies in the same way that Vannevar Bush did eighty years ago, on the brink of world war.

Bush succeeded because he was able to bridge industry, academia, and federal agencies unlike anyone else of his generation.

As the dean of engineering at MIT, Bush transformed a sleepy school into the world’s leading technology university. As an entrepreneur, Bush cofounded Raytheon, which grew into a major electronics manufacturer. As a military adviser between the two world wars, he helped develop the tools that eventually broke Japanese codes, which were crucial in turning the course of the pacific war.

(Bush’s first love, and the source of his academic fame, was engineering – more like inveterate tinkering. When he grew tired of conversation with visitors, he would escape to his basement lab, where he invented, among other things, the first analog computer, a microfilm reader, a solar-powered irrigation pump, and a rapid fingerprint detector – which he offered to the FBI, and J. Edgar Hoover personally rejected. In his most famous essay, “As We May Think,” which inspired the early pioneers of the internet, Bush envisioned what I just did in this paragraph: add hyperlinks to a giant information retrieval system, accessible to anyone on the planet.)

In that same op-ed last year, I wrote that to face our current threat, the pandemic which has now cost over 400,000 American lives, far more than the 292,000 lives lost in battle during WWII, the president should appoint a leader similar to Bush. I wrote that Eric Lander was born to play that role.

Lander is a highly regarded mathematician, geneticist, and scientific leader, who, among other things, led the successful public effort to sequence the human genome. He cofounded a handful of important biotechnology companies (he helped launch Millennium Pharmaceuticals, which brought the genomics to drug discovery). And he co-chaired President Obama’s council of scientific advisors, where I saw first-hand his remarkable skills in bridging worlds: academia, industry, the political, and the military.

Lander’s accomplishments are living proof of the power of border-dwellers.

OnJanuary 15, President Biden announced Lander’s selection as the chief scientist of the US.

In his letter (copied below), Biden cited the example of Vannevar Bush, eighty years ago.

And for the first time in history the president elevated his chief scientific advisor to the cabinet.

In other words, national science and national defense – for the first time – are on the same level. 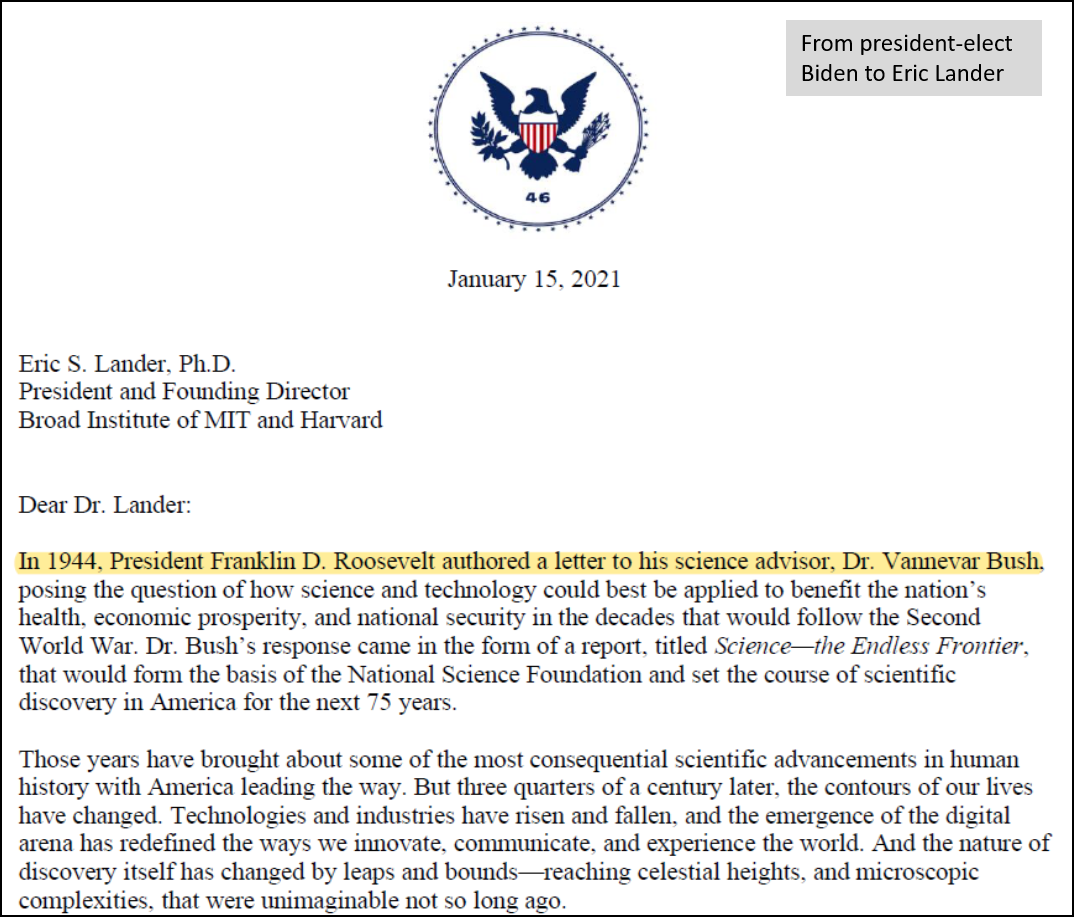 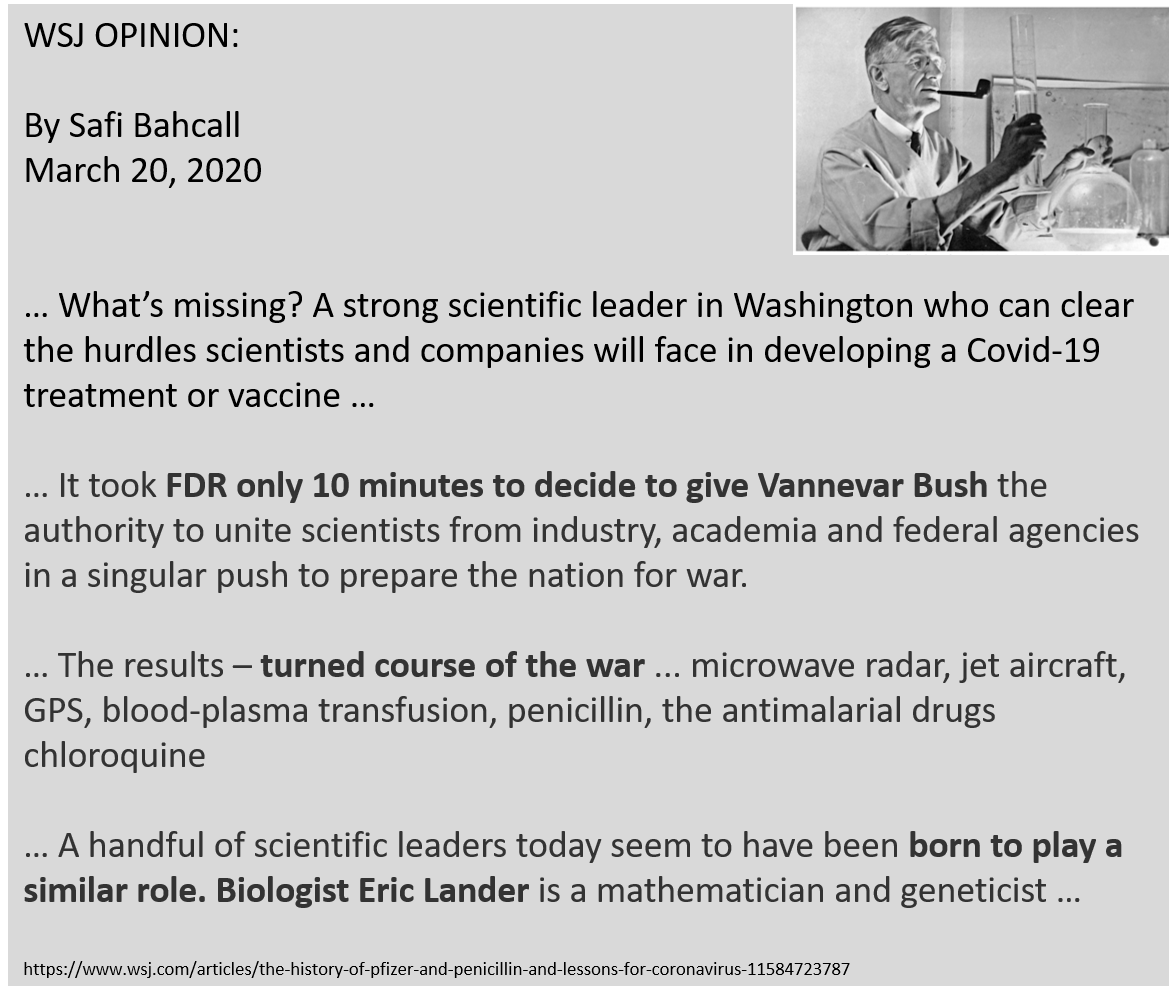 The opening lines to Chapter 1, featuring a president and his future science advisor: 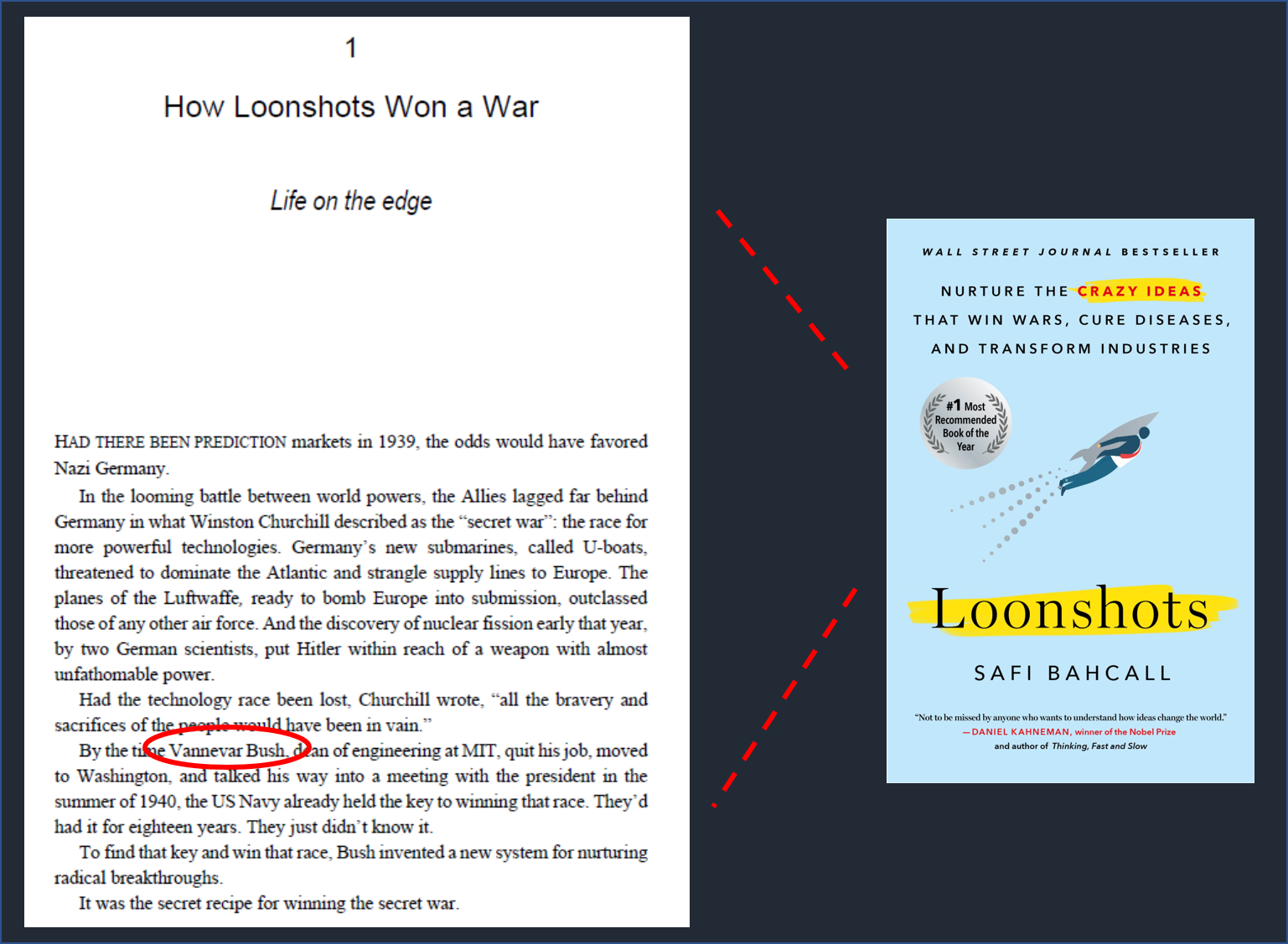