Why? Because tennis is so damned lonely. Only boxers can understand the loneliness of tennis players—and yet boxers have their corner men and managers … In tennis you’re on an island. Of all the games men and women play, tennis is the closest to solitary confinement, which inevitably leads to self-talk, and for me the self-talk starts here in the afternoon shower.

This is when I begin to say things to myself, crazy things, over and over, until I believe them. For instance, that a quasi-cripple can compete at the U.S. Open. That a thirty-six-year-old man can beat an opponent just entering his prime.

I’ve won 869 matches in my career, fifth on the all-time list, and many were won during the afternoon shower.

With the water roaring in my ears—a sound not unlike twenty thousand fans—I recall particular wins. Not wins the fans would remember, but wins that still wake me at night…

Then I recall a few losses. I shake my head at the disappointments. I tell myself that tonight will be an exam for which I’ve been studying twenty-nine years. Whatever happens tonight, I’ve already been through it at least once before. If it’s a physical test, if it’s mental, it’s nothing new.

Please let this be over. I don’t want it to be over. I start to cry. I lean against the wall of the shower and let go.”

I grew up competing in the junior tennis circuit. The dueling idols of the day were Pete Sampras and Andre Agassi. Pete was the iceberg champion whose giant serve we all tried to copy. Andre was the emotional volcano, up and down on the court and off. Most of the time, Pete’s cool beat Andre’s heat.

After they retired, both wrote autobiographies. This time, Agassi won in straight sets. Open (excerpt above) is my all-time favorite sports biography. It’s a love story (how he met and pursued Steffi Graf), a love-hate story (his relationship to tennis), an epic battle (Andre vs. Pete), and a modern day hero’s journey.

One thing that’s stayed with me for years is that shower scene. As I get ready to go on stage or before a big meeting, I think of it.

So many battles are won before they are fought. They’re won in our minds, with our self-talk. Learning to control that self-talk is easier than most of us imagine. And doesn’t require crying in the shower.

For more — see this clip of my interview with Tim Ferriss. 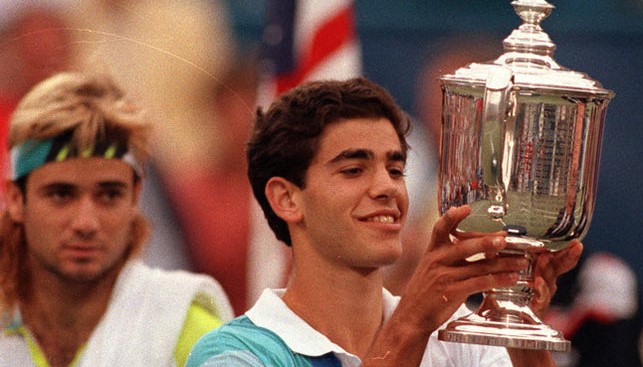 Speaking of the two types of athletes brings us to …

The two types of Loonshots

21 years ago this month a startup technology for indexing websites received its first round of funding. Originally called BackRub, it indexed sites by how many other sites linked back to them. No one thought there was any money to be made in indexing websites, since so many portals were going bankrupt at the time – Excite, AltaVista, etc. And the idea wasn’t new – a programmer at the WSJ had developed and patented a similar algorithm a couple years earlier.*

The naysayers were right – there wasn’t any money to be made in search. At the time. What won the day was a new business model – auctioning off ads next to search results. An idea that the startup borrowed from GoTo, which had a great new business model but not the technology.

Today Google is worth approx $1 trillion.

Moral of this story: It’s not just the crazy product idea that people think will never work (the P-type loonshot) or the similar crazy new strategy (S-type loonshot). It’s the combination of the two.